Dorchester MA has a long list of famous people and we might not have the chance to cover all of them in this article but we are sure to folk out the most interesting ones. Sit back in a few minutes and discover this worthy list we put together for you.

If you know the story of Civil rights activist Luther King Jr. the most recognized liberation figure amongst the African Americans, then you know he attended his Ph.D. at Boston University at the time he was pursuing his Ph.D., he lived in Dorchester MA which became a major center for civil rights activism from the 1950 to present.

Amongst many movies, if you are a big fan of organized crime movies then these Italian Job and Ocean’s Eleven should be in your collection. The other common thing with both Movies is Mark Wahlberg the American Singer, Songwriter, Movie director amongst other roles he has held in his multi-talented lifetime. Mark Started his early childhood right from birth in Dorchester MA. The present-day he lives in Los Angeles, CA.

NKOTB what does the acronym stand for? So many crazy acronyms out there but this one stands for New Kids on the Block that’s in case you got this one right. Okay moving fast forward, the NKOTB is the Pop and R&B boy band that hailed from Dorchester MA. Their lead singer Jordan lived most of his childhood in Dorchester, where they finally formed the band in the 1980s.

Yes, you are right Donny is Mark’s relative in the formative of his big brother. Like the saying goes birds of the same feather flock together, Mark was and is not the only famous person from his family. Donny Wahlberg like his brother is a man of many acts. He is the founding member of the boy band New Kids on the Block and several other acts that include film and record production. As part of the Horror movie Saw II, he played the role of Detective Eric Matthews. Donny was born and bred in Dorchester MA.

According to the a Forbes report published on CNBC, Houston Texans are the 9th most valuable National Football League team as of 2018. The Texans head coach Bill O’Brien was born in Dorchester MA. Before he was a head coach for the NFL side, he had other experiences as a player and coach for Brown University in Rhode Island and quarterback coach for New England Patriots the most successful NFL team of the last decade.

Everything about this last name suggests Kennedy to either be the wife or mother to someone famous. That is true, Mother to America’s 35th President John F. Kennedy, Massachusetts long term serving senator Ted Kennedy and the 64th United States Attorney General Robert Kennedy lived a part of her childhood in Dorchester MA. Rose not only known for her children, but she also had a life of her own other than raising great men. She got honored by Pope Pius XII as a countess for her charity and motherhood.

If you are planning a luxury vacation to either Las Vegas, Bethlehem PA in the United States, Macao in China or Marina Bay in Singapore one thing you won’t miss is a chance to roll some dice on the table or gamble though that won’t come cheap. Billionaire Business Man Sheldon of the Sands Casino is responsible for at least one luxury hotel and casino in all these destinations. With over $35B in 2018, Forbes ranked him the 15th richest person in the world and his wife Miriam in 2019 as the richest Israeli woman with a net worth of around $22B. Though with a Lithuanian Jewish Ukrainian Jewish heritage, Sheldon was raised by his poor parents in Dorchester MA.

If you have bought or owned a car around the Greater Boston, then you might have just had some history buying a car from the over 50 car dealerships owned by Herb. Billionaire Businessman, CEO, and President of The Herb Chambers Companies, Herbert G. Chambers was born in Dorchester MA. Forbes estimated him to be amongst the 400 top richest Americans in 2015.

Rose Kennedy did not raise the 3 great men in a president, senator, and Attorney General alone. Joseph P. Kennedy Sr. himself had a colorful service with the nation before his sons could replicate or better than their father. Joseph P. Kennedy Sr. was a United States diplomat who served at the capacity of the Ambassador to the United Kingdom during Franklin D. Roosevelt reign. Not only was he known for this but also as a successful businessman and investor.

If you have watched some episodes of the American Fiction Series Star Trek and the character, Spock in 1964 was portrayed by Leonard Nimoy. Other than roles in motion pictures, Nimoy also had associated acts in music, authoring, and photography. Nimoy was born in born in Dorchester MA.

The last famous guy on our list is a crime lord. Its mind blowing how a life full of doing wrong takes people far. John Willis who was raised by his Mother in Dorchester MA first started a life of crime when he lost his mother at age 14 with no other relatives to turn to. As a mobster, he claimed to have been the only white with involvement in Chinese organized crime. Willis started out as a bouncer for a Chinese businessman who ran a club and occasionally stood in for his employer when fights started out. In the year 2013, he was convicted and sentenced to 20 years in jail for his role in drug trafficking worth over $4M where he serves his current sentence. 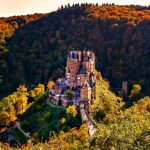 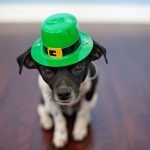