Dorchester is a town that covers over 16 square kilometers in Greater Boston Massachusetts, United States and has everything that suggests there is a big connection with the English as we should look at from the history.

In the 16th and 17th Century, the Puritans who were English believers who sought to cleanse the church of England from Roman Catholic practices. A few of the Puritans moved from Dorchester, England in 1630 to Massachusetts aboard the ship Mary and John. Upon settling in they picked up the same name used back home for their new settlement.

The Indigenous Inhabitants And Settlement

The indigenous inhabitants of Dorchester were the Neponset a tribe of Massachusetts and had lived in the nation for several hundred years. They survived on the Neponset river as a source of food and fresh water and nobody owned land during the time in Massachusetts except for what the land produced or what sat on the land. When the English came to Massachusetts, the Neponset population declined in the period 17-18 century because of the violent nature of the English and infections they came with. Today the Neponset still live in the Boston Area and have set up a tribal coalition.

The earliest settlement came into Dorchester in the 17th Century with David Thompson moving his family in 1626 to present day Thompson Island, Boston Harbor from New Hampshire. Four years later the Puritans came in from England aboard the Mary and John ship 8 in number.

In the 18th century when Chocolate was introduced to America by Irishman John Hannan, Dorchester became the refining center for the imported cocoa beans. John teamed up with James Baker an American Investor to open Americas first Chocolate factory in Dorchester which gave birth to the Walter Baker Chocolate Factory in 1765. This company was dissolved in 1965 and later renamed as Walter Baker & Company.

In the 19th Century or during the Victorian Era, Dorchester became a popular destination for the elite out of Boston.

Dorchester has had a turbulent economic history with a few recessions’ periods hitting it hard and this meant unemployment that led to whites fleeing the area in the 1960s and 1970s. Community hospital Carney Hospital moved to Dorchester from South Boston in 1953 to serve the locals of Dorchester and its neighbors.

When the 2008 housing crisis hit the United States, Dorchester became a center of media attention because of the failure of a few homeowners who had failed to pay housing taxes. The city of Boston bought houses as low as $30,000 and added it to a list of the city’s inventory for subsidized housing.

Many big corporations have left Dorchester in the past and when Boston Globe previously headquartered in Dorchester wanted to move in 2009, they faced protests from the locals in Dorchester. Even though the move was abandoned in 2009, in 2017 they still moved the newspaper to downtown Boston.

Dorchester has been the home of many of the Bostons labor unions who moved their headquarters in the 20th century.

When the public housing project was completed in 1953 about 1500 units were developed but this was not known for better housing as it became a major area for high crime rates and poor living. Only 350 families were living in this estate by 1988 which prompted the city’s government to award the project to a private firm to transform the estate into a private estate. Because of this transformation, the private firm won several awards for this. This was the first federal housing estate that was successfully transformed into a mixed-income housing estate in the United States.

Over 60% of Dorchester residents rent the housing they call home with gross monthly rent median for housing to be over $1400 and the annual over $17k which is more than the income of close to 30% of the residents.

Dorchester’s population is almost one-fifth of Greater Boston which makes it the most populated neighborhood of Boston, Massachusetts in the 1990s alongside other neighborhoods, Dorchester had the highest crime rates with violence being the major form of crime.

Moving to the 2000s the general crime rates of Boston dropped by over 10% but a local publication reported that the most dangerous area in Dorchester was the Blue Hill Avenue.

With the high population in Dorchester, this means many schools to match the number of schools going residents. Boston Public Schools district serve the students in Dorchester at different levels. Dorchester High School remains to be the most recognized school which when founded was only a male’s school in 1852. When Dorchester became a part of Boston in 1870, the school became a part of schools managed by the city and in 1901 another complex was built that became a block for the females. Present day Dorchester is the neighborhood with the highest number of Boston’s high schools.

The Carney Hospital has been serving Dorchester from 1863 and even moved to the town in 1953. The Hospital employs over 450 physicians both general and specialized care. The list of services the physicians have offered over the years includes treatment for cancer, gynecology, cardio & vascular and many more. Carney Hospital serves both admissions and outpatients.

The second notable health center is the Codman Square Health Center which serves outpatients, and it was established in 1979 employing over 250 staff members of all races. 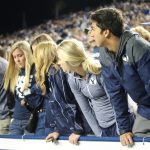 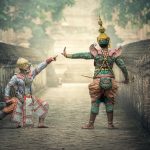