As per wikipedia.org, Newton MA is a city in Middlesex County. The city was settled in 1630, was renamed in 1638 as Cambridge and then as Cambridge Village in 1681. The early industries in the city were mills, as they wanted to make use of the water power from Newton Upper Falls and Newton Lower Falls.

Other industries that were produced in mills include chocolate, glue and paper. As per the history of Newton MA, it was one of the first commuter suburbs and the earliest railroads were called Boston and Worcester.

The history of Newton MA can be traced with the help of the historic buildings that you can visit in the city. As per wikipedia.org, there are many historic buildings, where you can go, learn more about the city and get a taste of how buildings were built in the past and operated.

This historic house is located at 37 Park Avenue and is in a residential area. The building is between the Newton Corner and Newton Centre villages. As per wikipedia.org, this house was established in 1888, and the land belonged to a local coal and lumber dealer, known as Elbert Brackett. When the development pressure started to take its toll, Albert sold some portions of his land. The house was then built for a businessman called Amos Adams.

The front of the house is divided into three sections and there is a small gable section, which are decorated with shingles. The architectural style of this house is Queen Anne.

As per wikipedia.org, this is an Orthodox Jewish synagogue, which you can find at 168 Adams Street. This synagogue was built in 1912, after a congregation was established a year earlier.

It has a very interesting history, as per adamsstreet.org. The Jews who came from Ukraine, built this place of worship; the need for a synagogue was recognized, after the Jews had to worship in other people’s homes and in rented spaces. The Commonwealth of Massachusetts granted permission to Agudas Achim Anshei Sfard, to build this synagogue. A Holy Ark and central bismah were designed by Sam Katz, installed in the year 1924. The history of Newton MA can be seen in the Ark, as it is considered a crown jewel.

This is an integral part of the history of Newton MA, as this building was built in 1857. This was previously known as the Auburndale Congregational Church; it is located at 64 Hancock Street. As per wikipedia.org, even though the building was completed in 1857, but the first congregation took place in 1850. The designer of the place was Charles Edward Parker, and the spire of the building was rebuilt in 1862. If you are interested in seeing a 19th century church, which has round arch windows made of stained glass and the porch containing decorative elements of late Victorian era, then this is the right place for you to visit.

This is an integral part of history of Newton MA, because it is an industrial building, located at 1-3 Bridge Street. There are three storeys in this building, which are made of handmade bricks. The building is L-shaped and the L faces the Charles River. As per wikipedia.org, this building was developed in 1845 and it was powered through the water.

Even though the millrace isn’t there anymore, but you can still see the dam. The damn was built in 1778, after which David Bernis made a paper mill on the same site. The Bermis Mill became a textile factory, and the paper mill failed, which was then converted to a textile manufacturing factory.

The Bemises used the mill as a factory, where dye-production took place in the 1840s. When the mill was purchased in 1847 by Wiliam Freeman, it became an Aetna Manufacturing Company, which continued the same business as before. Even though this building is used for office space, it was used as a place where automobile fabrics were manufactured.

This power station is located at 374 Homer Street; it was built in 1904, and since then, has been expanded twice. The Edison Electrical Illuminating Company was responsible for building a portion of the building, and this distributed power to the surrounding neighborhood.

It is important for the history of Newton MA, because it provided electricity to the city, and is a great example of the industrial architecture. When you visit this place, the experience would be worth the trip. The architects of the building are Bigelow and Wadsworth and the architectural style, as you will see, is classical revival and mannerist classical.

If you want history of Newton MA and fun combined together, then this is the perfect place for you. The Echo Bridge is a historic place, which spans from the Charles River to the Newton Upper Falls. It is a 150m long bridge, and you can see so many things from this bridge like the white water, a waterfall and Hemlock Gorge.

The bridge actually gives you a really good view and if you really want to have a relaxing time, then there is no place like this.

This place is located at 74 Eliot Street. This place is a brick building, which was established in 1927. If you want to see the transition of horse drawn equipment to combustion powered vehicles, then this is where it all happened. The building is on a hillside, and the basement of the building has four garage bays; as per wikipedia.org, there are 26 horse stalls as well. It was created for automotive purposes, when the horses were no longer in use.

If you are into designing and architecture, then you will get to see the Flemish Revival Design in this building, and there are stepped gable ends as well.

The history of Newton MA is rich, and the building discussed in this article gives you a clear idea, about where you have to go. 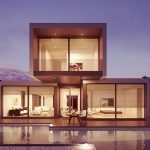 Things To Do In Newton MANewton MA