Norwood is a little town in the Norfolk County and a part of the Greater Boston Massachusetts in the United States. Its population is major of the white race with other races being a minority see here. To better understand how this town got here we shall walk through the developments of the town and growth from formation and/or major events leading to today.

The Earliest Settlers Of Norwood MA

The earliest settlers of Norwood were Josiah Fisher and Ezra Morse who sought permission to use over 13 acres of swampland in 1697. By this time Norwood was still part of a greater Dedham which later gave birth to 14 present-day Massachusetts towns Norwood inclusive. Dedham split came in around the1870s over a century after the first settlement in the place that became to be known as Norwood.

Why Did Ezra Morse Move And His Legacy?

Morse had a Grist Mill uphill that caused problems for farmers who needed the water for their crops and his Grist mill was important to the community. To find a win-win solution, the best solution was to move the mill to the south of Dedham. The Mills location is estimated to have been at the intersection of present-day Morse, pleasant and Washington Street.

In 1678 before the movement of the Mill, Morse had already built a house on Morse Hill what became to be known as the South Norwood. In the 1860s years under 10 years before Norwood was awarded a town status from Dedham split, George H. Morse a grandchild of Morse crashed the house Ezra had built and put up a new house that stands today on 1285 Washington Street.

How Norwood’s First Church Parish Came To Be

In 1717, as the population of southern Dedham grew and people were tired of traveling to Dedham village for prayers, the new settlers petitioned to start their own church in the south and stop paying the church tax to the Dedham Village Church. Those who lived in the South of Dedham held prayers in homes by 1722 and later in 1728 Dedham agreed to the terms of the request for South Dedham to have their own parish church. South Dedham church was then incorporated in 1730. South Dedham built their first church house in 1736 which was led by Reverend Thomas Balch who was a man of many gifts.

Norwood MA And Its Education

In 1738 South Dedham requested for their own school building and 2 years later the first school was building was erected at the present-day Callahan School. There was a scarcity of teachers and that meant teachers sharing between Dedham and South Dedham. No enrollment of girls at the time to the school’s programs but later on, in 1758 this was possible. The school hired its first head teacher in 1754, however, this school didn’t last long as in 1788 it came to a closure. Remember, we mentioned Reverend Balch as a man of many gifts. Because of his contribution to South Dedham, in 1867, a schoolhouse was named after him.

The Breakaway From Dedham

At the early stage of South Dedham’s growth, they relied on Dedham for most of the economic activities and social amenities. This meant they had to pay taxes and walk up to over 4 miles to access what they needed. This was not workable for the residents or south Dedham as the taxes being paid were only being used development of Dedham and leaving South Dedham reaping nothing in terms of infrastructure and economy.

Because of challenges faced with access to their own amenities, this was the major event in the birth of Norwood. After South Dedham failed petition to be awarded their own High School in 1870. In 1871 one of the 2 Firehouses in South Dedham defied a directive to ban its tradition of ringing bells by Dedham officials. This meant they needed to push for a breakaway and have their own setting.

Moving to December 1871, over 80 percent of the town’s residents signed a petition to break away from Dedham and by the end of February 1872, representatives of the town presented the town’s interest to the states senate which was received positively with a chance to rename the town and that is how the town got its name, Norwood.

Norwood boasts of a population of around 30,000 residents. Over the last decade moving into 2019 the numbers have stayed more or less around 30,000. Before then when the earliest census was carried out in the 1880s after its formation, the population was short of 3,000 residents. The population is categorized with over 80% being whites and of which around 27% are of the Irish decency. Majority of the Norwood households are reported to be living in a town setting as well.

Average Income levels for individuals and families is over $55,000 as per the last census in 2007 with under 5% of the total population being below the poverty line.

When one talks about Norwood, then one thing you can never separate from the town is Sports. There was a proposal in 1958 to build a stadium in Norwood. This stadium could have been home to Major League baseball club the Boston Red Sox had the representatives of Red Sox agreed to it. Red Sox was happy to stay at the present-day Fenway Park and turned down the prospects of moving away from Fenway Park.

Even with Red Sox’s rejection Billy Sullivan who was the front man in floating this idea kept it going with MLB. His idea was to either have a Major League Baseball (MLB) have its arena in Norwood and/or have one NFL team share a stadium with Red Sox which meant good business for him. He came close to getting his approval for the stadium that would be house some Philadelphia Phillies home games but his proposal was neither successful with the Phillies. The best he got was brokering a stadium deal for Australian Football League and later on an agreement by the Patriots to use the Norwood Stadium as their home. However, the New England Patriots passed the opportunity and moved to Fenway Park on a sharing deal with Red Sox before tons of events that led to the building of the Gillette Stadium. Had this deal gone through, Norwood would have been home to the most successful National Football club of the last decade to 2019. 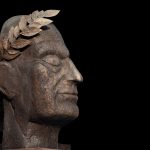 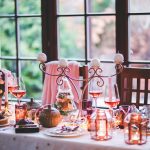 Things To Do In Norwood MANorwood MA