Dicky Barrett was born Richard Michael Barrett is the announcer for Jimmy Kimmel Live and the lead singer for Mighty Mighty Bosstones. Jimmy Kimmel Live airs on ABC networks while Mighty Mighty Bosstones is a ska punk and punk rock band. Barret was born in Rhode Island on June 22, 1964, and attended high school at Norwood Senior High. He lives in Los Angeles but he is still a regular voice on some Boston’s top radio stations.

After the September 11 attacks, the United States wanted to keep an eye on the borders of Afghanistan by assigning a trusted diplomat north of Afghan in Uzbekistan. Jon Purnell served as the United States Ambassador under the Bush administration from January 2004 to April 2007 in Uzbekistan as part of its agenda on the war on terror. Amongst other assignments pre his engagements at the ambassadorial level, at different capacities he was posted to Ukraine, Austria, Russia, Liberia amongst several other countries. Jon Purnell hails from Norwood and he attended his high school at Norwood High School before he graduated in 1966 and went on to Brown University and later Harvard for his masters.

Although he was born elsewhere, Allen Doyle grew up in Norwood MA. He is a pro golfer who won at least 11 championships between 1999 and 2006. His journey as a pro golfer was not a cast in stone as he only made pro at age 46. Before then he had taken part in many amateur golf tournaments with a career spanning as early as 1978 where he had the chance to win several tournaments. He holds the record for being the oldest U. S senior Open tournament champion as of 2019. The value of his total wins over his career is short above $13 million. He has also been inducted in two of Georgia’s sports and golf associated hall of fame.

Tony Rombola the lead guitarist of Boston’s hard rock band Godsmackwas born in Norwood Massachusetts. Besides being a lead guitarist, he is also the backing singer for Godsmack and has worked on several other projects. He is also the lead guitarist for Another Animal a side project he is a part of formed in 2007. He has been named as the only guitarist to keep a solo sound by Guitar World Magazine over the nu-metal period getting the respect in the industry.

Keith Adams is a former linebacker who played in the NFL for Dallas Cowboys, Tennessee Titans, Philadelphia Eagles, and others at the peak. Born on November 22, 1979, in Norwood, he was named the years a regional offensive player at the Junior level before moving on to college where he was named the defensive MVP in the Peach Bowl.

Alfred Fincher a former NFL linebacker attended his high school at the Norwood MA before he went to Connecticut where he was drafted into the New Orleans Saints after showcasing his potential playing college football. His professional National football career only lasted between 2006 and 2008. Presently he lives in the Bahamas where he is a fisherman.

Mike Sherman a former high school football player and present-day coach is a native of Norwood MA which was his birthplace on December 19, 1954. As of 2019, he is the head coach of Montreal Alouettes a Football League club in Canada or the Canadian equivalent of the NFL.

Before moving on to coach in CFL (Canadian Football League), he was the head coach for the NFL teams Green Bay Packers, Texans, Seahawks, and Dolphins at different periods. He is quite an experienced football coach with a large portfolio of teams. Check out the portfolio of teams he has coached over his career so far.

Richie Hebner is a former major league baseball and batting coach. As a baseball player, he played as a third baseman at the start of his professional career for the Pittsburgh Pirates before playing for 3 other clubs and ending his career with the Chicago Cubs. His career highlight came at the 1971 World Series where he won the championship with the Pittsburgh Pirates. As a coach, he has been a part of Red Sox, Toronto Blue Jays, and others at the capacity of a batting coach. Hebner was born in Norwood in 1947.

William Travers is a former Major League Baseball pitcher who played for Milwaukee Brewers and California Angels for all his career and was born in Norwood MA on October 27, 1952. His career high came at a single baseball all-star game he was involved in. His career was marred with injuries that ensured he didn’t have much success because he had to be on the sidelines because of this.

Marty Callaghan played for Chicago Cubs and Cincinnati Reds between 1920 and 1930 in the Major League Baseball. He spent only 4 years playing at the major league and over 10 playing for the minor league baseball.

On October 18, 1952, Allen Ripley was born in Norwood MA and was a Major League Football Player for Boston Red Sox, San Francisco Giants, and Chicago Cubs over his career as a pitcher. Sports flows through his family as he picked from his father Walt who was also a pitcher for the major league.

Mike Smith played for Toronto Blue Jays of the Major League Baseball and Minnesota Twins of American League before moving to Asia to play for Brother Elephants in Taiwan as a pitcher by 2009. In 2010 he played for a lower league baseball side Brocton Rox with no major honors over his career as a baseball player. Smith was born in Norwood MA on September 19, 1977. 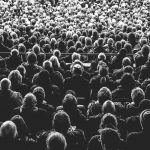 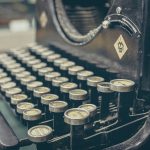